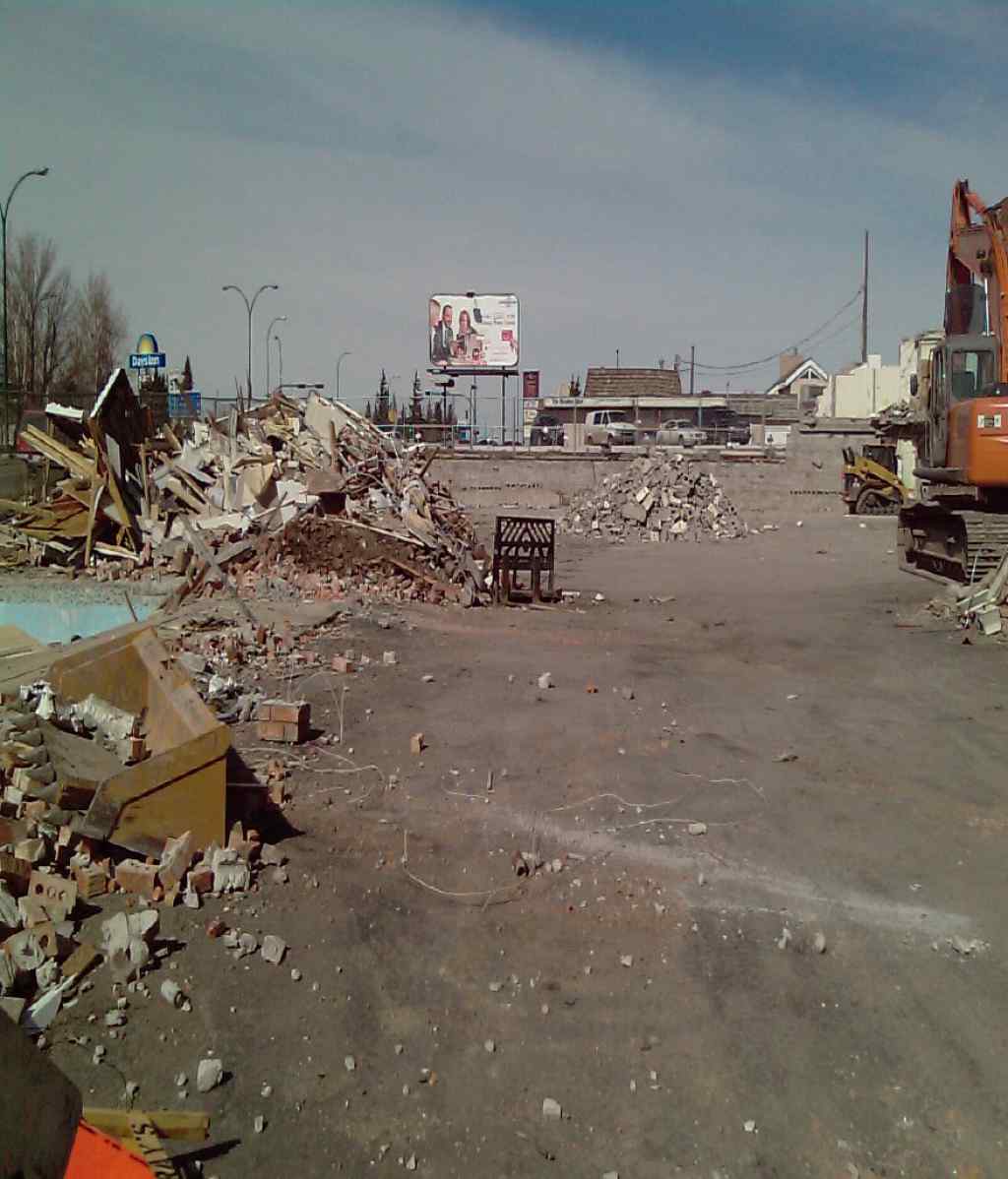 The Village Inn Motel was a two story, 32 patron room, 1114 M2 building, deconstructed from December 2008 to March 2009 to make way for the new Fire Hall. A waste diversion target of 50% was specified for this project. Due to our expertise in environmental deconstruction, the majority of large volume/weight materials were diverted thus achieving over 90% waste diversion.

The sale and removal of salvaged material destined for reuse was done through phone-ins; drive-bys; on-site singagel and a few calls to local groups.

Some interesting use of materials :